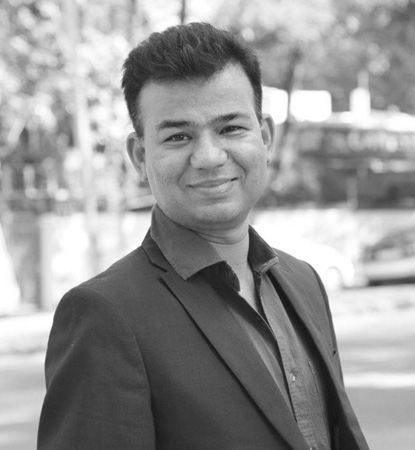 A film is first made on paper then on camera. Similarly, Script has always been the foundation of a film. Just like the crust to a pizza, the bun to a burger or the bricks to a wall, the foundation of an exceptional film is the script. At Naishtika™ we have discharged this responsibly on the capable shoulders of Suresh.

A trained psychiatrist, Suresh spent his early life in getting a medical degree from Government Medical College, Miraj followed by a diploma in psychological medicine from College of Physicians and Surgeons. Contradictory to popular belief, Suresh always had a true passion and a flair for writing. He was quick to adapt to these skills and found his mojo writing for advertising agencies, short films and even films. Now, with more than 7 years of splendid career of script writing Suresh is ready to take up new challenges and discover new genres.